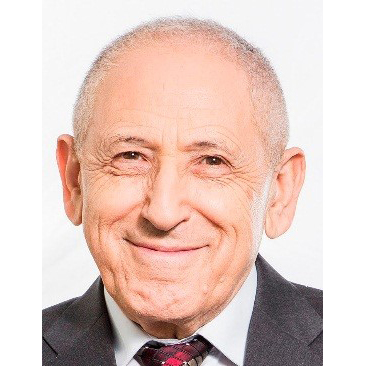 Dr. Boris Liberman is a graduate of the Institute for Scientific Research in Water Supply, Moscow (Ph.D.) and the Civil Engineering Institute Rostov-on-Don, USSR (B.A. and M.S).

Dr. Liberman has been with IDE Technologies Ltd., Israel, for more than 20 years. Currently CTO and Vice President, Membrane Technology, he is responsible for high-level and conceptual design of IDE membrane desalination plants, some of which are the largest in the world. Among his many innovations, Dr. Liberman developed the Pressure Centre desalination concept, the patented Direct Osmosis Cleaning and Boron Removal technologies, 16” membranes in a vertical arrangement and IDE PROGREEN™ desalination technology.

Dr. Liberman holds 25 granted patents in the field of reverse osmosis desalination, and osmotic power generation. He has written and presented dozens of articles in conferences around the world, and written papers that have been published in leading industry magazines.

With more than 30 years of experience, Dr. Liberman is a recognized industry leader and was named one of Water & Wastewater International’s top 25 industry leaders in 2015 and 2016.